First workshop for primary schools in Molenbeek and Jette by secondary students from Jette (Brussels,Belgium)

After the succesful training of the secondary students in february and march, it was time to put the students to the test. They were going to give 4 sessions of about 3 hours to a class in a primary school. For most of the students, working with children was totally new. Some had some experience in working with children as an animator during holidays but nobody had any experience with giving codingworkshops at a school. In the beginning of the workshop, the secondary students were quite nervous, but after playing an energizer with the primary pupils they were at ease. 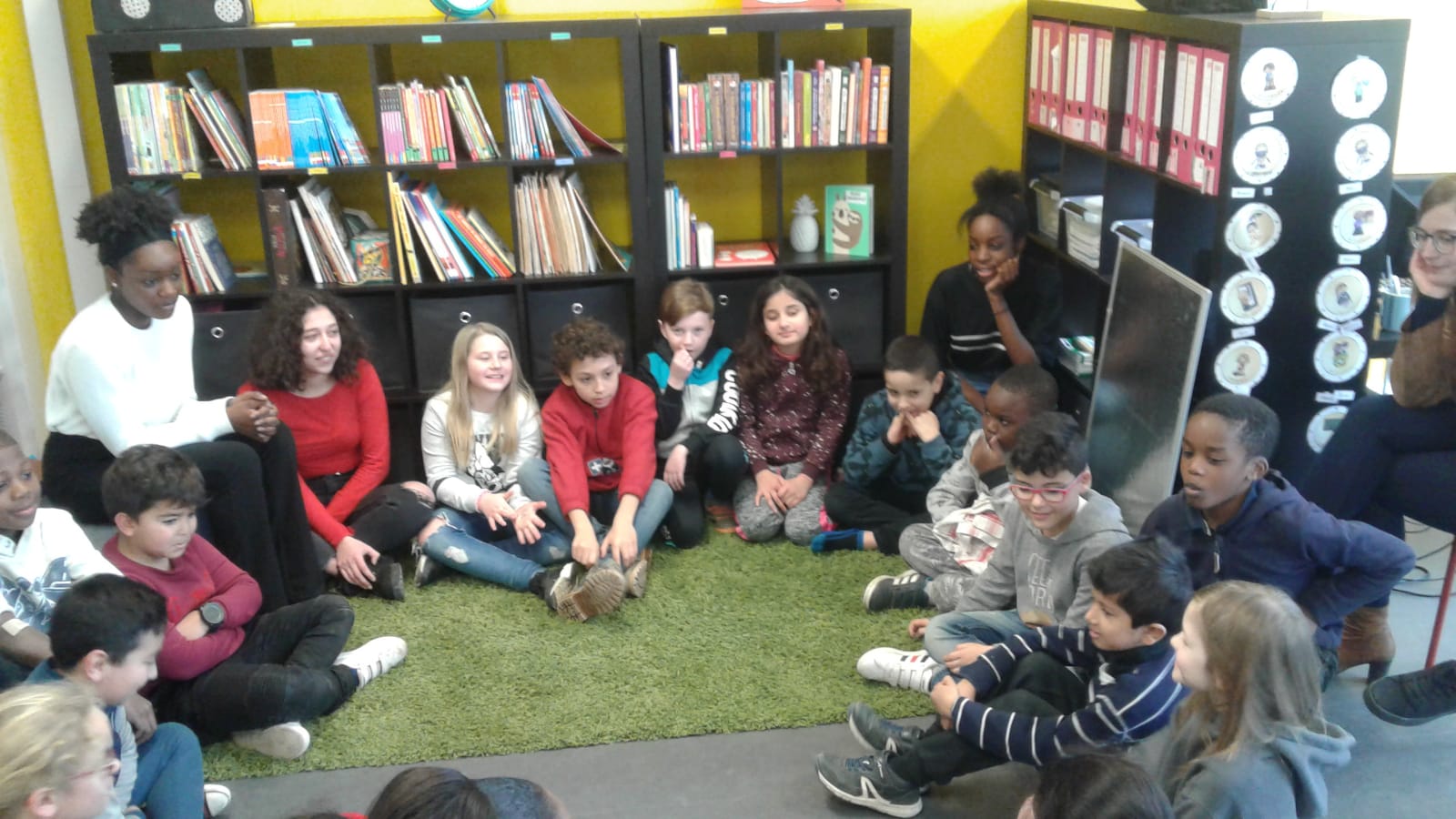 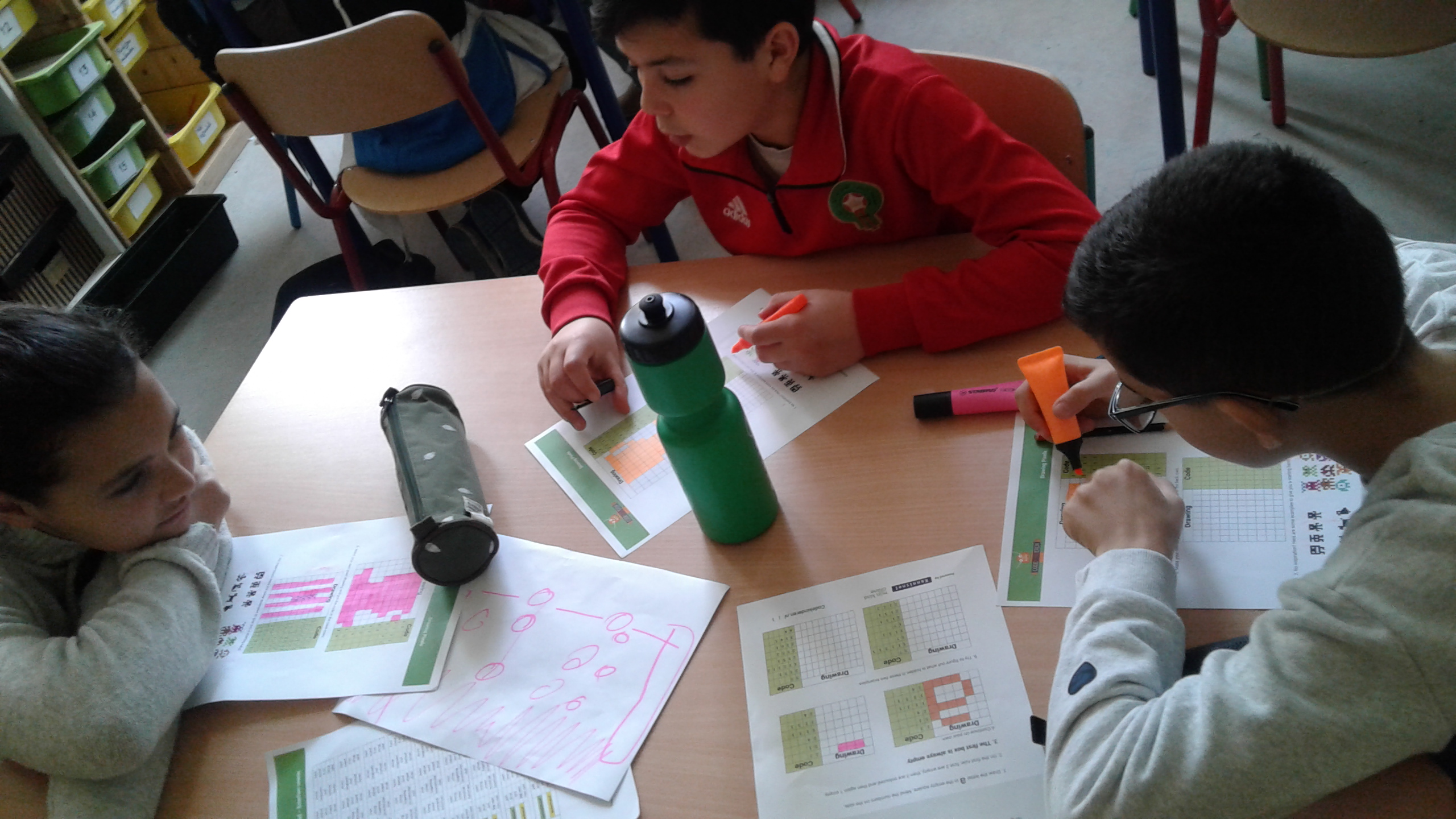 The first session was about an introduction to coding. They firstly agreed on the rules and explained what they were going to do during the different workshops. In this session they learned the pupils about computational thinking with various exercises like the robo sandwich and different apps on the ipad like Run Marco and Lightbot Hour. Some students had some spare time and had a unplugged-exercise, namely drawing pixels. At the end of the workshop the nervosity of the students had totally dissappeared and it felt that some students had already become professional teachers. 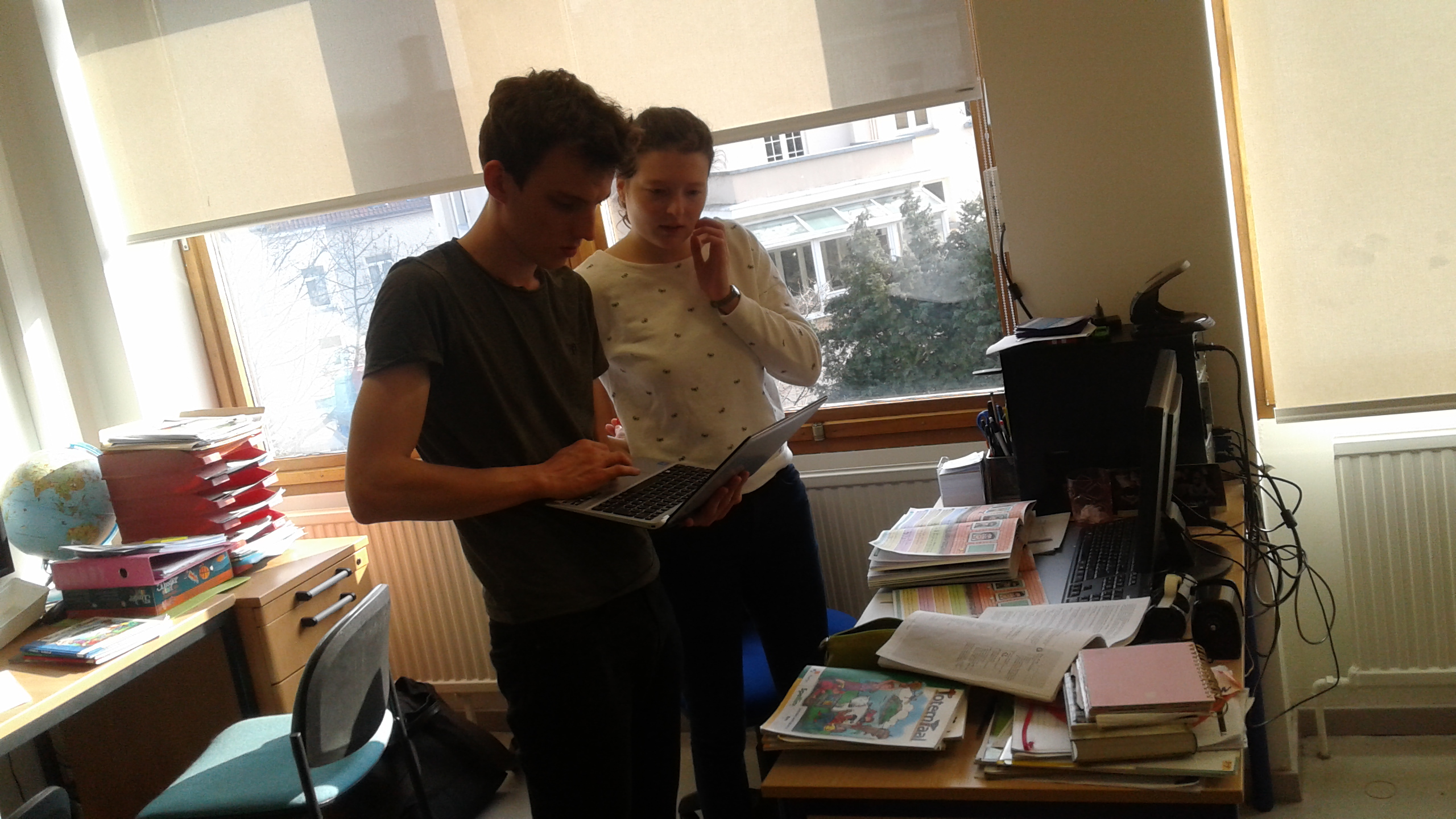 During the very good workshops by the secondary school students, it was the perfect timing for the people from Maks Vzw to engage the teachers in the workshops and showed different practices how to use in schools. Most of the teachers from the primary school were interested in applying some applications for their students next year. The teacher on the picture was interested in unplugged exercises for her class next year. 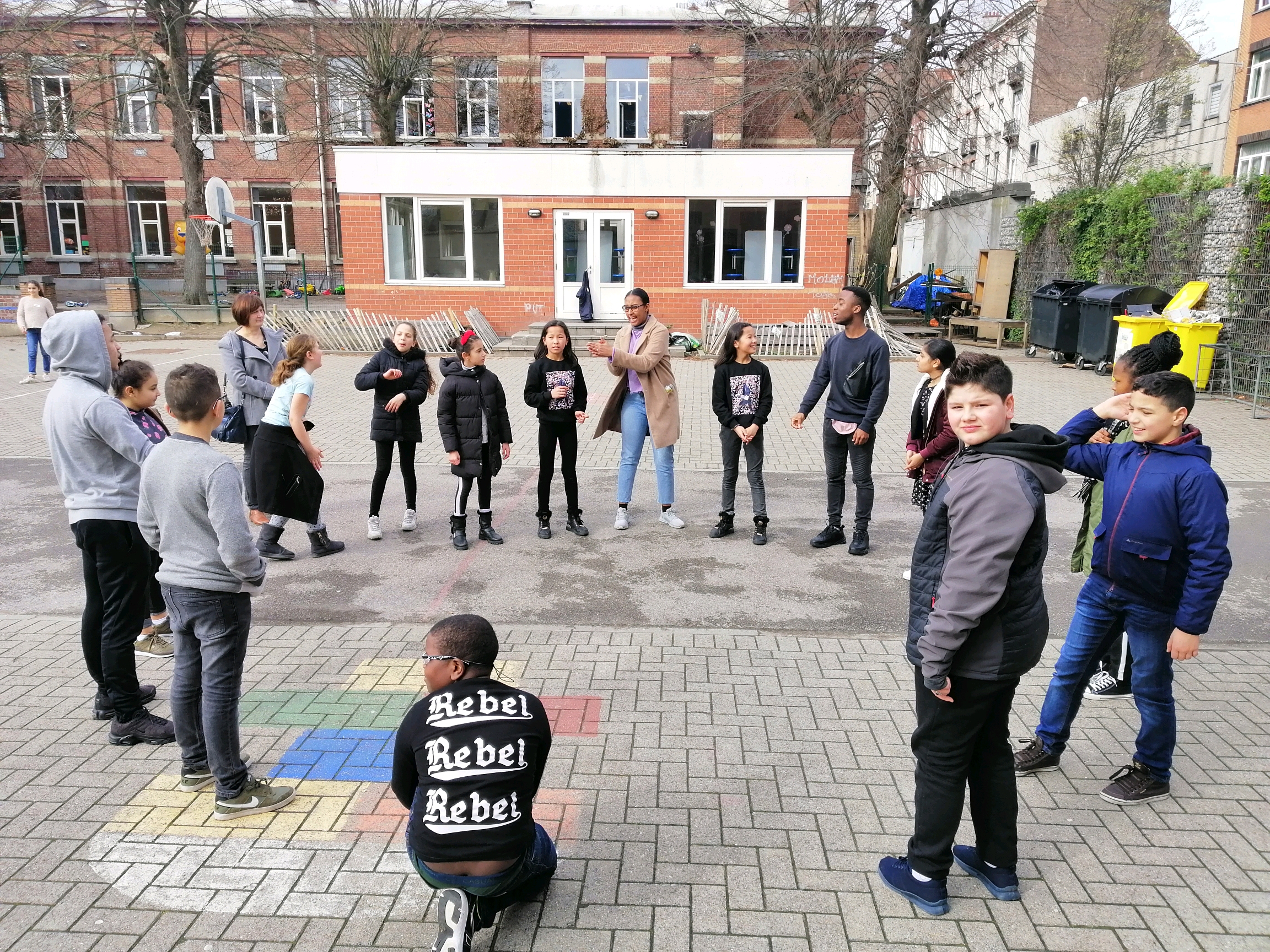 How to organise coding and gaming activities for social inclusion?